A bottle of wine can include not only sulfites to kill off bacteria and yeasts, but also derivatives of dried fish bladders, livestock pancreases, egg white and milk. Master of Wine Isabelle Legeron has had enough. She's calling for all ingredients to be listed on a wine bottle's label.

After growing up on a small family farm with a Cognac distillery in southwestern France, Legeron headed to London for college. But after a few years in corporate life, she decided she would get back to her roots and study wine in 2000. From there she set her sights on the international Master of Wine certification, which is the highest level for a wine industry professional. After four years, she became France's first woman to receive the certification. During her time studying, she became fascinated with making wine with as little intervention as possible. 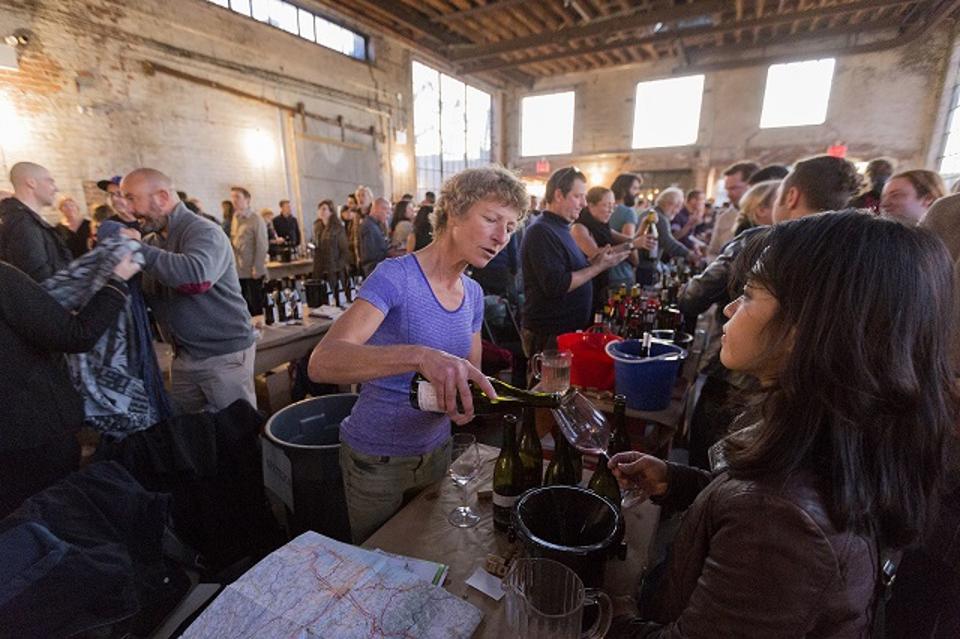 In 2012 Legeron set up Raw Wine, a trade show for wines in London that are either made completely naturally or organic wines where any additives have to be disclosed. Since 2015, she has also held trade shows in Berlin. New York came the following year, with Los Angeles up next. (This year, after New York's fair on November 5th and 6th, Los Angeles opens for the first time on the 12th and 13th.) Hundreds of vintners, largely from smaller family farms, pay a fee to Raw Wine to exhibit at the shows that now attract thousands. While organic grapes account for around 7% of all vineyards around the world, and natural vines have a tiny 1% of the market, both are growing, in part thanks to help from Raw Wine.

The 45-year-old entrepreneur told Forbes about her least favorite wine additive, why she wants to empower wine consumers, and how she spent her childhood foraging for mushrooms.

FORBES: Tell us about growing up on a farm in rural France.

ISABELLE LEGERON: I was born on a farm in a tiny village outside of Cognac, which the spirit of the same name comes from. My family has a vineyard and a very small distillery. It was a very old fashioned distillery. My dad would literally sleep in the distillery for three months of the year. My family made everything. There was little money to go around. As a child of the 70s, my mom made butter, jam, raw patés. We had cows. I was very much brought up in an environment where you really didn't buy anything. We grew it ourselves. I was brought up foraging for mushrooms, berries, tea leaves. Food was at the center. But it was quite tough. I was at a local school until 10 and then I went to a slightly bigger town. There, the kids had a very different home life. They would go to the cinema, which I never did. My big ambition growing up was to go to the cinema instead of having to go into the vineyards on Saturdays.

FORBES: Is your family still there?

LEGERON: My brother took over. My dad passed away 20 years ago. One of the legacies I got from all of this, I still go foraging and I still know my mushrooms. I still pick wild flowers and make teas. I can literally break down a pig and make everything. 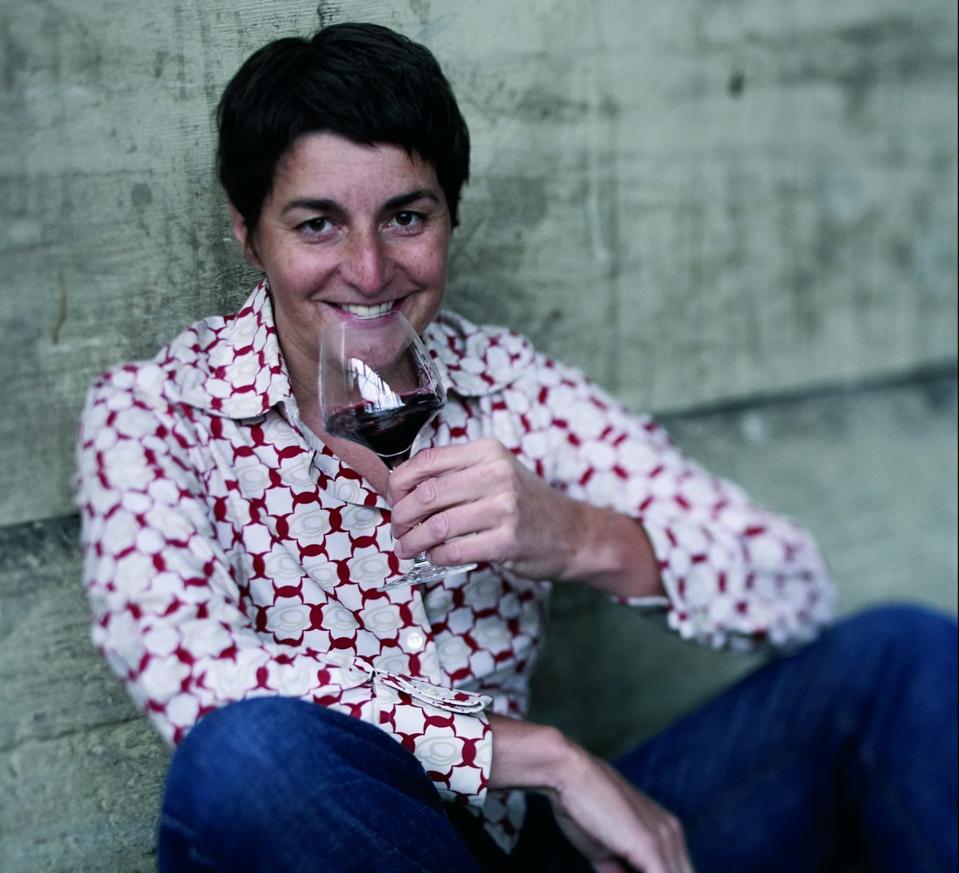 FORBES: When did you first decide you wanted to become a Master of Wine?

FORBES: What was challenging for you?

LEGERON: I didn't have a family at the time. I didn't have kids. Once you enter family life, it becomes more difficult. It's about having the discipline to spend your weekend getting up at 6 a.m. to work. I started to realize it's very much an industry. It wasn't what I was looking for and I became disappointed. I loved it and it was intellectually satisfying but I wasn't getting a lot of knowledge on anything in wine I was looking for. I also realized there was a very small world out there that I wanted to be apart of: Where people are farmers, peasants. In the noble sense of the word. People brought up like I was.

FORBES: What was the turning point for you?

LEGERON: I had this real romantic notion about what wine is. Manual labor. When you have a career in wine or you're a buyer it's about meeting demands and crunching numbers. I was filming a video series in Hungary [outside of the certification] and I needed to come up with a list of the growers in the region to feature. I bought two bottles made by the same person. The wines had tremendous personality. We went to see this guy. He was making 140 different wines. We spent a long day tasting 60 or 70 wines. He didn't own a pump or press. Everything was made by hand. There was very little equipment. No sulfates. When I spent the day with him, I thought, 'Oh my god. This guy makes really amazing wine. He's a forester by trade and has no formal wine training. You don't need big expensive stuff to make world class wines. You don't need any additives. It really made me think back to all the places I'd been. You walk into a vineyard and then you're just in the main tasting room with sweeping views. They tout the latest technology. You realize you don't need all of that. It was a big moment that really changed what I thought. 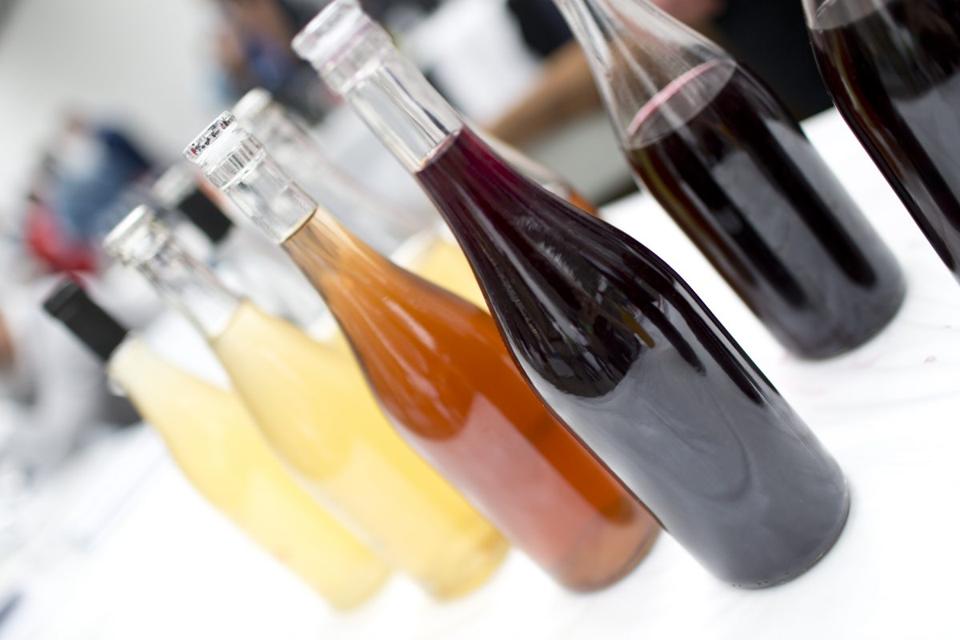 FORBES: So even with this natural focus, you were determined to finish the Master program. And when you did, you became the first female from France to earn the degree. Did you get recruited by a lot of big companies?

LEGERON: Suddenly I become extremely valuable on the marketplace. There were a lot of calls. I had to chose. And I thought, 'This is not what I want to be doing. I want to be jumping into this world without a parachute.' I had no idea how it would pan out. I am a product of the institute and when you want to try to make a difference in the industry, it's important to be a part of that industry. The MW has given me the insight into how the industry works and the tools they use. I'm just applying the tools in a very different way in the natural wine world.

FORBES: Tell me about the evolution of starting Raw Wine.

LEGERON: For some of my first jobs, I went to a lot of tastings and met with a lot of growers. I did a lot of traveling. I worked for some restaurants and got them to think more about their wine offering. Then, after a lot of fairs in France and Italy, I realized there was nothing that existed in the UK. There was no big ambition around doing this. It became really successful from the word go.

FORBES: Why do you think so?

LEGERON: There was a need to talk about something like this. There is a lot of mystery around how wine is made and what goes into the process. People don't have a choice. They cannot choose because they don't know how it's made. What I wanted to do in the fair is to communicate that transparency. They have to declare if they do anything to the wine. I ask them to give us an analyses of the wine we are presenting. If there is a minimum amount of sulfates, we say, this has 40 parts per million. That really made the difference.

FORBES: What are some of the challenges with communicating the differences of

LEGERON: Now I think people are a bit more savvy but it's still the case that if you taste wine with professionals, even the professional may not know how the wine is made. I still get people who are extremely confused. Somehow there's a very interesting part of the population of wine drinkers who are extremely savvy in how they shop for food. There's people into Eastern medicine and into nutrition and vitamins. They're really careful in what they consume, and yet they don't know the bottle they are about to pop open for their birthday is made using an agent called isinglass, made from fish bladder. It's routinely used in white and sparkling wines. There are trace elements left. Milk and egg derivatives are also routinely used, and if I'm a vegan, I wouldn't want that. In a way we're still in the dark ages when it comes to the wine industry. People have dissociated wine from food. Wine is a product of farming. Wine is a food. But somehow people view wine in a different category. As wine drinkers we need to start lobbying with our dollars. We need to not buy a wine if we don't know how it's made.

FORBES: What are some other particularly troublesome additives in your view?

LEGERON: They are not really been tested for when they are combined with alcohol. The objective in the industry is to make them as quick as possible. Velcorin is a hardcore additive that can get rid of spoilage and is a powerful anti-yeast and anti-bacterial agent. I believe it was created for the orange juice and soft drinks industry. The people have to wear full on protective suits when they use it. Supposedly it is safe afterwards. There's yeast, sulfates, coloring agents. Those are more common. I'm not against the use of these additives. I don't think it's a great idea. But my issue is that we have no idea what we are putting in our bodies. That's my main problem. People need the choice in what they are drinking.

FORBES: And given that many of these "raw wines" come from small family-run vineyards, what challenges do you see in scaling this for the consumer?

LEGERON: It's clearly a concern. We are talking about a tiny, tiny industry. We're already seeing that some growers are in such high demand that people only get a small amount of their wine. At the same time, this industry is very buoyant and we're seeing a lot more people convert or buy up a piece of land or buy grapes and they learn to make it organic. It's very similar to what happens in the organic food movement.

FORBES: How do you see the industry taking on more transparency?

LEGERON: My most efficient tool is to empower the drinker. It's going to come from the ground up. If people stop by a wine store and they say they only want a wine that is without sulfates, that wine store will do work to source that. Money is power.

FORBES: Do you hope to bring Raw Wine to more cities soon?

LEGERON: We have loads of ideas. We're getting requests from so many places, particularly in Asia and Russia. Maybe in a year's time we will see.