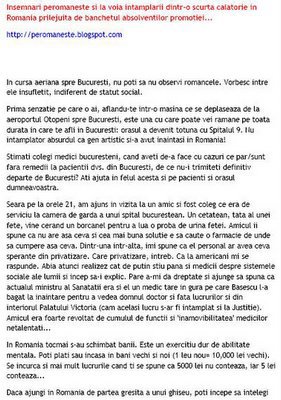 After a trans-Atlantic trip, Dec. 24, 2001: "I wasn't that excited about spending the night at Bush's ranch. He must have thought to himself, what's going to happen if he invites in a former intelligence officer. But Bush himself is the son of a former head of the CIA. So we were a nice little family circle and felt pretty good."

Addressing deputies of the State Council, May 28, 2001: "I know perfectly well that I'm guilty of everything, even if I'm not guilty. That completely applies to everyone who sits in the hall today. You are also guilty even if you don't know what it's all about."

Speaking to a Polish newspaper about Russian generals, Jan. 15, 2002: "These are smart people and they aren't any dumber than their colleagues in other countries."

At a news conference in Rome, May 11, 2003: "In answer to the proposal that Russian troops take part in operations in Iraq, you just want to say, 'Right, like we're that stupid."'

Speaking about Russia's oligarchs, who got rich quick after the fall of the Soviet Union, April 11, 2003: "Everyone has to understand, once and for all, that you've got to obey the law all the time, and not just when someone's got you by the short hairs."

Alluding to circumcision in answer to what he considered an impertinent question about the war in Chechnya, at a news conference in Brussels, Nov. 13, 2002: "If you want to completely become an Islamic radical and get yourself sliced off, I invite you to come to Moscow. We're a multifaith country and we've got specialists in that 'question' and I suggest you get that operation done in such a way that nothing will grow back."

Answering a question on what he would really like to do as president, but cannot, June 5, 2003: "I can't go beyond the framework of the Russian Constitution, although sometimes I'd really like to."

On the emigration of talent from Russia, June 6, 2003: "If there's a brain drain, that means there are brains here. That's a good start. It means they're high quality; otherwise nobody would want them and they wouldn't drain."

On a U.S. plan to set up an antimissile defense system, Jan. 11, 2000: "The American initiative isn't any different from the proposal 'Burn down your house to cook eggs."'

On contrary opinions, at a news conference after meeting the German chancellor in Oslo, Nov. 13, 2002: "I don't want to say that your opinion means absolutely nothing to us and that we want to spit on everything. No, we will listen to your advice with good will."

On humility, July 13, 2000: "We understand our advantages, but we aren't going to stick up our noses and sit dozing on our natural resources."

About criminals, at a conference on judicial reform, July 9, 2001: "When you see all that, you just want to strangle them with your own hands. But that's just emotion talking."

On pursuing terrorists, Sept. 24, 1999 (perhaps Putin's most quoted remark): "We'll chase down the terrorists everywhere. If we catch them in the toilet, then we'll wipe them out in the outhouse."

Same subject, July 7, 2003: "With these people it's useless to carry out preventive work. You've got to dig them out of the basements and caves where they've been hiding and annihilate them."

On talking tough, June 20, 2003: "The simplest thing is to wave around a saber, cut off heads and make yourself look like a tough leader."

On civil liberties, at Columbia University in New York, Sept. 26, 2003: "The secret services shouldn't stick their noses into civil society."