H.W. Is My Monster Too

This is one of the best pieces I've read on this subject, for all the obvious reasons, especially its connection to inequality in the workplace. Sexual harassment is not about sex. It's about the abuse of power. More frightening to me is not that a sexual predator is capable of such acts, but that the system allows them to get away with it. I think if more men understood this, they would realize this isn't just a problem for women or a problem that women have to solve. They are complicit and have the ability to make changes too.

Also, the line about in every woman there is a girl brought tears to my eyes.

Salma, as a young Latina growing up in the 90s, you were an inspiration to me from your very first film--Fools Rush In was required viewing for all my well-intentioned but somewhat clueless American boyfriends. Through the years, I have watched you move gracefully from romcom actress, to producer, to artist, with your own voice and point of view on the world.

To this day, you have never let me down. You challenge the stereotypes by being a strong, smart, funny, cheeky and talented role model... and yes, beautiful, but that is just icing on the cake.

I am heartbroken to hear that this is how your masterpiece was made, and the parallels between your fraught relationship with Harvey Weinstein and Frida's own challenges living in the shadow of Diego Rivera are not lost on me.

Many people wrongly assume that life must be easy for the 'beautiful people.' They fail to realize that sometimes being valued only for your appearance is a challenge that needs to be overcome in the path to being valued as a whole human with so much more to offer. Thank you for offering this very personal and painful story with us; your courage helps make the world better for young women everywhere.

I have always thought Salma Hayek was both beautiful and talented.

But this piece is extraordinary. Nothing I've read about Weinstein, Hollywood's despicable treatment of women, etc, has moved me as much.Or made me as angry.

How many woman have had their projects taken from them, or had to meet extraordinary demands, or had their successes ignored?

How many full-frontal scenes were shot as part of some coerced deal?

Thank you Ms Hayak, for this important piece.

I've always thought Ms Hayek seemed unusually strong and intelligent. This story shows the truth of that. The writing is excellent; the story is shocking. It's amazing how many, many times she categorically said no to Weinstein yet he kept coming back. It's amazing that as an little-known actress she was able to meet his prohibitive demands for rewrites, financing, and costars. What's most surprising, frankly, is that she never gave up on making this film. How many people, male or female, would have been able to do most, let alone all, of that?

She only gave in on the added scene because by that point so many other people were invested in the movie and had helped her that she could not let them down. That scene struck me as curious when I saw it; while not implausible, it seemed tacked on from some other movie; it just didn't seem to fit with the rest if the film.

This story is Exhibit A of how even the strongest, most capable womens' careers can be -- and surely have often been -- diminished if not extinguished by sexism. Think how many talented women must have given up in the face of its irrational hate and humiliation. Think of how much greater Ms Hayek's career would likely have been if she had only had to face the level and type of challenges men in Hollywood face.

The unfairness of it is staggering. The loss to the world is literally unimaginable. What might have been...

This story was heartbreaking to read. It made me flash back to a taunt that was often thrown at feminists back in the 1970s: "Where is your Shakespeare?" as if women simply did not have the level of talent that men possess. The real question is "How many potential Shakespeares have been suppressed due to entrenched misogyny?"
Thank you, Salma Hayek for illuminating the mechanics of oppression, and thank you for your beautiful memorial to Frida Kahlo.

Ms. Hayek,
A few months back, I heard you on NPR. You spoke about how hard it was to make Frida when the only parts available to women of Mexican origin were of maids (though you did not tell this horrific tale then). At one point, you said something that caused me to pull up my car on the side of the highway so I could write it down. Your words: "I'd rather have a hard road into excellence than an easy road to mediocrity." No human's -- let alone woman's -- road should be hard be sexual harassment or abuse of any sort ever, and I'm sorry for your pain. I do want you to know that your words were inspiring. Thank you for not letting the hard (horrific) road deter you. 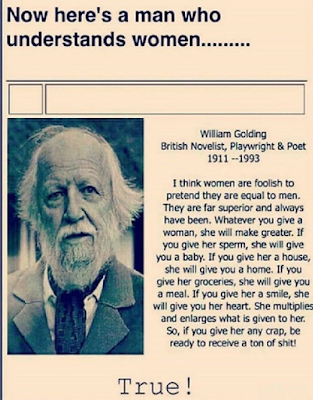 "We can't change the wind, but we can adjust the sails."