The 3 Dimensions of a Great Wine

It's arguably the most commonly used phrase in wine appreciation: "It's a great wine." Indeed, the concept of "great" underlies all sorts of wine discussions. The aspiration of many wine producers (and wine drinkers) is to reach the summit of "great."

But what's involved? Even the most easygoing wine lovers know that merely liking a wine doesn't vault it into the category of great. Surely, every wine lover has his or her criteria, whether articulated or just I-know-it-when-I-see-it.

Commenting on one of my recent columns ("What You Bring to It"), Tone Kelly asserted, "A great wine is like a marathon or long cross-distance runner. Early on in its life it is full of energy and enthusiasm. When it is very young it may only go with strong, robust dishes. As it approaches middle age, the subtleness and nuance must be paired with food accordingly. … To me, a great wine should show well through all the phases of its life. Only a few do."

That's certainly one way to look at it. Many wine lovers view a wine's ability to age as a prerequisite to greatness. As Mr. Kelly notes, a sort of gyroscopic ability to deftly navigate the forces of ebullient, fruity youthfulness and, later, the subtleties of maturity, with almost balletic control is considered essential. A great wine, if I understand Mr. Kelly aright, is one that is rewarding—or at last balanced—at every phase of its life.

Myself, I would submit that in order for a wine to be "great" the following three words—values, really—must be present:

Transformation. The business of a wine being able to age well is an expectation common to nearly everybody's notion of greatness, almost an unthinking given. Yet an ability to age is, I would submit, not in itself sufficient. Rather, it's a wine's ability to transform that is fundamental to the accolade of "great."

More than any other single criterion, the capacity to transform is what distinguishes the great from the good—not only with wine but also among different grape varieties.

Nobody disputes that Nebbiolo (the grape of Barolo and Barbaresco) is inherently superior to Barbera. The reason is as simple as it is indisputable: Even the best Barbera wine cannot transform to anywhere near the degree that a Nebbiolo can and does. Barbera, like many grapes, can create a wine that endures for decades. But the wine transforms grudgingly, if at all. It only just gets smoother. (I often find the same to be true with Tempranillo, which can endure beautifully, even elegantly, yet only rarely seems to transform. Fanciers of the variety, doubtless more knowledgeable than I, submit that this is more a matter of site than an intrinsic limitation of the variety.)

Transformation is why certain grape varieties are celebrated as great: Cabernet Sauvignon, Pinot Noir, Riesling, Chardonnay and a handful of others. When grown in the right climates and, yes, soils, wines made from these varieties are capable not merely of living long and prospering but of caterpillar-to-butterfly transformations.

Indeed, such an anticipated—expected, even—transformation is why we choose to age these wines at all. Otherwise why bother, except maybe to smooth out some rough tannins?

Worth noting, by the way, is a new feature of our era: the possibility that grape varieties previously dismissed as lesser might, given superior sites, improved winemaking and lower yields, turn out to be better than once thought. Certainly, we're seeing vastly finer versions of many grape varieties—Furmint, Juhfark, Blaufränkisch, Trebbiano, Nerello Mascalese, Touriga Nacional, Malbec, even Cabernet Franc—than ever before. Are they great? That's another way of asking: "Can they transform?" Only time in the bottle can tell us.

Layered. My second nomination among the three essential values that a wine requires in order to be considered great is "layered." You might say "complex." Fair enough. I like layered as a term because it suggests not just a multiplicity of flavors but of a taster's sense of, well, a sort of vinous striptease. As it slowly unpeels, a layered wine keeps your attention.

Too many wines today are monolithic. They trade on powerful fruit which, like a car with a lot of torque, snaps your head back with its force. You're impressed. This baby's got the stuff, you say. But after a while, you're fatigued. You know the reason, of course: no layers.

Great wines are always—allow me to repeat this—always layered. Really, I cannot think of an exception—not a sweet German Riesling, a great Spanish Sherry, not any of the usual array of acclaimed Pinot Noirs, Cabernets, Chardonnays and such, nor even a Vintage Port. If it's not layered, it ain't great.

Having put it so bluntly, I necessarily must also acknowledge that often this matter of a wine having layers isn't easily evident in the wine's youth. Sometimes it is. Pinot Noir is a good example of a wine that even in extreme youth can at least suggest layers.

But other wines, such as Cabernet Sauvignon, require time in the bottle for a judgment to be rendered.

This, by the way, is why even the best and most experienced tasters can be wrong about the future of a young wine, especially one with no track record, as is common in many new winegrowing areas around the world. Will this impressive-when-young wine emerge over time as a layered beauty? Sometimes I've been right in predicting it and other times I've been over-optimistically off the mark. (Personally, I'd rather be generous, preferring to be optimistic in my hopes for promising wines.)

Persistence. This is an unusual word in the notion of "great," yet, over time, I've come to conclude that persistence in a wine is essential.

Here we return to Mr. Kelly's summation that "a great wine should show well through all the phases of its life. Only a few do." That sums up persistence.

The ability of a wine to present at every stage of its life its flavors and complexities is a prerequisite to greatness. When a wine is young, this element of persistence is no challenge at all. The wine is full of sap. "Palate-staining" is a commonly used contemporary tasting term—and an evocative one.

Yet with maturity, lesser wines lose persistence. They fade. You get not only a sense of diminished flavor saturation, which is to be expected, but also a weakened sense of flavor definition. You feel the wine is tiptoeing out the door.

Great wines, even as their flavor intensity inevitably diminishes, never leave you with a comparable sense of diminished persistence. Instead, their life force, even in an ever-frailer body, is strong. The flavors and complexities that remain are somehow illuminated from within and, above all, are beautifully defined and delineated. The wine's persistence is surprisingly intense.

This value of persistence struck me forcibly a couple of years ago while tasting through two dozen or so 1955 red Burgundies at a tasting put on by Lalou Bize-Leroy to celebrate the 60th anniversary of her extraordinary career in wine. Although the likes of grands crus Chambertin, Musigny and Richebourg were present, so too were lesser wines such as a modest Monthélie.

The best wines of the tasting—including that Monthélie—displayed the persistence to which I'm referring. Flavors lingered, even somehow elongated themselves. You couldn't quite say these 60-year-old wines were palate-staining, of course. But you could say they were insistent, even penetrating. Great wines retain persistence. Without it, they're ghosts, sensed but not really felt, the life force drained.

Of course these are only just three words/values for what makes a wine great. Others surely exist—many others even. Nominations, anyone? 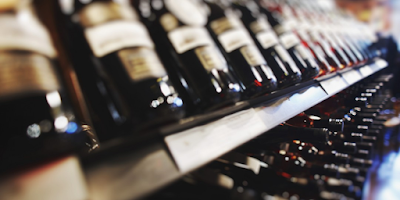